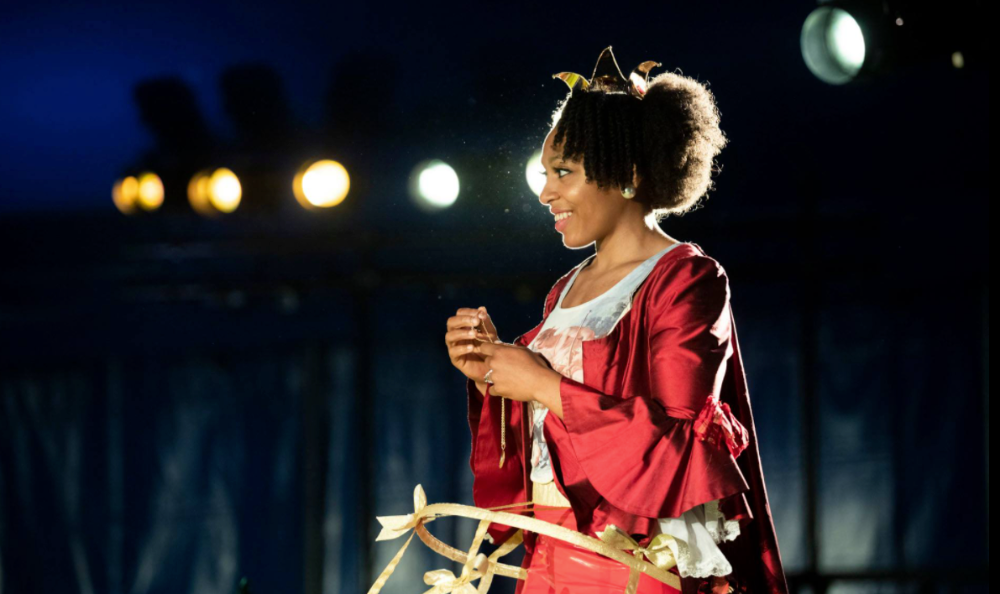 “Longborough Festival Opera’s new production of Così Fan Tutte is not so much ’for reduced forces’ as it is radically, rewardingly reinvented.
Performed in-the-round in LFO’s circus-red Big Top, conductor Lesley Anne Sammons’ arrangement of Mozart’s score – played with flair by the six-piece Barefoot Band – adds dulcet recorders to sensuous clarinet, injects an accordion’s brassy punch, and complements double bass with electric strum. Classical purism it is not; classy panache it certainly is.”
★★★★

“Sammons’s energetic direction of the score lends real bite and vigour to this interpretation…This is one of the best productions of Così I have seen…it deserves to survive the passage of a single summer festival’s season and be presented in bigger houses.”
★★★★★

“Lesley Anne Sammons has dared to create a wonderful new arrangement of Mozart’s actually untouchable score… The only strings are one double-bass, but amidst her motley crew are recorders, perceptively used, and an accordion, imparting a deliciously louche colouring where appropriate. And Sammons conducted with brilliant clarity.”
★★★★

“The music is performed by The Barefoot Band, conducted by Lesley Anne Sammons who also created a new arrangement of the score. The ensemble comprises recorders, clarinet, accordion, keyboard, double bass, percussion and no upper strings, and while social distancing inspired the use of the group in this instance they had already comprised the orchestra for La Calisto here in 2019. The arrangement may not be to absolutely everyone’s taste, but it is hard to believe that anyone with a willingness to hear the score in a new way will not thoroughly enjoy it.”
★★★★

“In her planning for this year’s Longborough Festival Opera, Artistic Director, Polly Graham asked for a new orchestration of Così fan tutte. Quite a challenge in these abnormal times where consistency is frequently regarded as a success. Who took on the challenge? Lesley Anne Sammons, conductor of the now infamous Barefoot Band, volunteered to compose an orchestration which ‘will be like a Così you’ve never heard before. You will recognise everything within it, but it will be different.’ This latest orchestral innovation at Longborough is just that!”

“The “given” is that the orchestra is The Barefoot Band led by its founder, the clever Lesley Anne Sammons. Sammons has re-orchestrated Mozart for this show. Now, there are several good reasons given for this: making the opera more funky, more modern move appealing to a contemporary audience; clearing away the cobwebs of a too-familiar classical work and making it feel more as it must have felt for the original audience in 1792.”
★★★★

A Punky Take On A Baroque Masterpiece

“In the pit Lesley Anne Sammons’s excellent Barefoot Band matched what was happening on stage with hollowed-out accompaniments that were more 1920s Berlin than 17th-century Venice. Pizzicato-bass jazz riffs, soulful accordion decorations, scrunchy harmonies, lots of percussion and some full-blown grunge effects: it shouldn’t have worked with Cavalli’s elegant baroque melodies, but it did.”

Bawdy Re-telling Of A Classical Myth

“The musical account is at least as lively as the choreography, the score being literally jazzed up in a notable number of passages – particularly to underline the louche characters of Jupiter and Mercury. Cavalli’s typically sparse, continuo-led music (by standards of later opera, that is) gives The Barefoot Band and Lesley Anne Sammons the freedom to elaborate the basic score with added drums, a clarinet, keyboard (in addition to the standard harpsichord), and an electronic guitar, to provide more colour and weighty accompaniment ….. on the whole, the two styles blend convincingly, just as the contemporary staging interweaves myth and Baroque opera.”

Captivating Realisation Of A Baroque Opera

“Cavalli’s music turns on a ha’penny, and in Mathilde Lopez’s production, conducted and (brilliantly) arranged by Lesley Anne Sammons, high-baroque elegance can metamorphose at any moment into cocktail jazz, urban funk or the raunchiest of tangos……. Baroque purists would have squealed the house down: the clarinet, accordion, recorders and bass guitar of Sammons’s Barefoot Band could hardly have been less authentic. Yet their freewheeling, fantastical reinvention of Cavalli’s score was a triumph, presenting this flamboyant omnisexual drama of lust, jealousy, pleasure and pain as the musically sumptuous, utterly modern entertainment that Cavalli surely intended….I don’t know when I last saw a less prissy, more captivating realisation of a baroque opera, and in a fairer universe, this production would become an instant classic. Fingers crossed for a revival. “